THE SCYTHE HAS IT BEEN THE LOST OR FORGOTTEN GARDEN TOOL?


Scything is growing in popularity because it's faster and more fun than using noisy, smelly gas-powered string trimmers. With a little practice, you can cut around fences and buildings or over rough uneven ground, leaving evenly cut stubble. With our scythe kit, you can build your own farming scythe and start saving on gas and other resources. Not sure where to begin? Here is everything you will need to get started:
A scythe consists of a shaft about (67 in) long called a snaith, snath, snathe or sned, traditionally made of wood but now sometimes metal. Simple snaiths are straight with offset handles, others have an "S" curve or are steam bent in three dimensions to place the handles in an ergonomic configuration but close to shaft. The snaith has either one or two short handles at right angles to it, usually one near the upper end and always another roughly in the middle. The handles are usually adjustable to suit the user. A curved, steel blade between(24 to 35 in)) long is mounted at the lower end at 90°, or less, to the snaith. Scythes almost always have the blade projecting from the left side of the snaith when in use, with the edge towards the mower; left-handed scythes are made but cannot be used together with right-handed scythes as the left-handed mower would be mowing in the opposite direction and could not mow in a team.
The mower moves along the mowing-edge with the uncut grass to the right and the cut grass laid in a neat row to the left, on the previously mown land. Each strip of ground mown by a scythe is called a swathe Mowing may be done by a team of mowers, usually starting at the edges of a meadow then proceeding clockwise and finishing in the middle. Mowing grass is easier when it is damp, and so hay-making traditionally began at dawn and often stopped early, the heat of the day being spent raking and carting the hay cut on previous days or peening the blades.
Scythes are designed for different tasks. A long, thin blade (35 to 39 in) is most efficient for mowing grass or wheat, while a shorter, more robust scythe (24 to 28 in) is more appropriate for clearing weeds, cutting reed or sedge and can be used with the blade under water for clearing ditches and waterways. Skilled mowers using traditional long-bladed scythes honed very sharp were used to maintain short lawn grass until the invention of the lawnmower. Many cultures have used a variety of 'cradles' to catch cut different kinds of grain stems, keeping the seed heads aligned and laying them down in an orderly fashion to make them easier to sheaf and winnow.
Up until about a century ago, virtually every small-scale farmer knew how to use a scythe. The hook-bladed implements were used for cutting fields of hay, grain, and weeds. But when the horse drawn mowing machine-and, later, the petroleum-powered harvester-became popular, scythe usage dropped off sharply. In fact, today, many folks consider the cutting method to be little more than a "quaint folk art."
But hold your horses (and tractors). The scythe is beginning to make a comeback, and with good reason too! More and more small-farm-holding folks are discovering that the centuries-old implement is the perfect tool for many homestead tasks. After all, a person wielding one of the muscle-powered mowers can harvest an acre of hay or grain a day (more, if he or she is skilled), cut weeds in small orchard plots and along fencerows, or even-if the user is really adept-mow the front lawn!
Scythes are first-class cutters, but make no mistake, there's a knack and a good bit of hard work involved in using them. Only the strong at heart will attempt this tool. Once you get the swing of it will be a walk in the park                   I am blown away how many people still use this tool. And the new ergonomic designs.The people who Know how to use it, and maintain it. To use a well refined Scythe is like poetry to my ears. You have to use one to appreciate it completely. They are a beautiful tool for your Garden Tool collection. I purchased three of them at an auction. Three different blade sizes. I polished them up put an edge on them and away I went. Nasty weeds around the property. It did knock the down faster than my string weed whacker. I remember using one as a young man on the farm. it was not much fun at that time. I sure appreciate them now.

The start of warmer weather signals the beginning of the gardening season. You can bring your entire garden to life with fun and creativ... 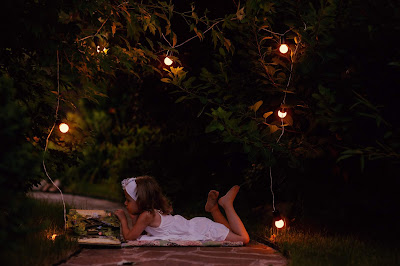